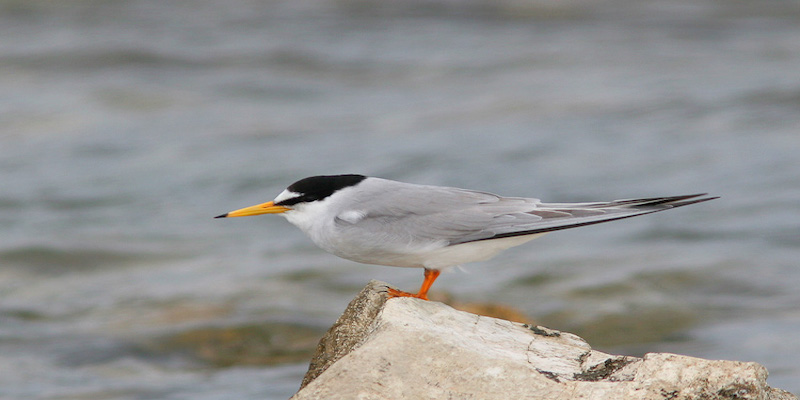 LASPEH, Little Tern spotted in the Natural Reserves of the Eastern Coast of Taranto
Overview

Thanks to the monitoring activities of the project LASPEH, several little terns were spotted in the Natural Reserves of the Eastern Coast of Taranto. The Little Tern (Sternula albifrons) is a seabird of the family Laridae and with its 45 cm of wingspan is the smallest European tern.

It is a strongly migratory and breeding species, which arrives in the Apulian areas in April and leaves in July. This charadriiform is a long-distance migratory, hibernates in Africa and comes back to Puglia to reproduce along the coastal zones or on small islands, making its nest with pebbles and low vegetation.

Its beak, under the reproductive hormone stimuli, becomes yellow with the black end during the spring, as people are used to see it in Puglia. During the winter, in Africa, it becomes all black. It is a perfect synthesis between elegance and aerodynamics; this latter is so strong that, on the ground, the bird moves with clumsy movements. In Italy, unlike to the Natural Reserves of the Eastern Coast of Taranto, the little tern is endangered and localized, due to ungoverned bathing, incorrect photographers, curious people and airplanes flying over its colonies.

Nesting only in coastal areas, flooding (high tide) is another main cause of the low reproduction. The predation of eggs and pullets is caused also by real seagulls and rats. The little tern eats only small fish captured after a perfect so called “holy spirit” (flying while motionless to detect better the prey), which precedes rapid and efficient immersions.

In the “Salina dei Monaci”, since the entrance of seawater was reactivated, a colony of about 100 units reproduce with success on the small island, the only one there. This choice also avoids the problem of the anthropic disturbance, often difficult to manage along the edges of this wet area; furthermore, this gives hope for future projects aimed at building new small islands.